Amazon has long been nipping at the heels of the long standing online advertising duopoly of Google and Facebook… and it seems that the COVID-19 outbreak has brought Amazon even closer to knocking them from the top spot.

The pandemic has sparked massive disruption to the existing hierarchy, with Amazon demonstrating much better performance – capturing more budgets and noting unrivalled levels of growth – than its competitors at a particularly challenging time when many ad platforms are struggling to convince their advertisers to continue investing in digital advertising.

With regulations introduced at the start of the UK’s lockdown forcing many businesses to temporarily shut their doors – and with the subsequent financial uncertainties created amongst consumers through job losses and salary cuts changing buyer behaviours – many advertisers chose to pause, pull, or reduce their advertising spends in light of the situation.

In March, 69% of advertisers believed that it was likely they would need to reduce their spend by the end of the year, and research by the Internet Advertising Bureau (IAB) suggests that total digital ad spend dropped by 5% following lockdown.

While some organisations have chosen to minimise their ad expenditure, others are opting to reallocate their spend to drive more financial resources into higher impact activities. Research from Nielsen shows that, in the 3 months between March and June, there was a nearly 50% drop in traditional ad spending – accounting for more than a £1 billion overall decline – with businesses pulling budgets from outdoor advertising and cinema advertising especially in light of leisure closures and stay-at-home orders.

Where were the majority of these budgets being reallocated? Amazon. Bloomberg initially predicted that, in Q2 2020, Amazon would be raking in $81.2 billion. What actually happened? Amazon exceeded these expectations, with an announcement on 30th July confirming that net sales had increased to $88.9 billion, up from $63.4 billion in Q2 2019; a 40% rise.

And what makes this even more impressive is that the figure takes into account the additional $4 billion that the corporation spent on building COVID-secure workplaces and adapting processes. While Amazon had been expecting this to spark a loss, overall profits still demonstrated a 2x year-on-year growth.

So, have Facebook and Google experienced the same boost in performance during the pandemic? It seems not. Facebook’s ad revenue has actually grown, although with 10% YoY growth during the second quarter taking it to $18.3 billion, the pandemic has clearly not been as kind to Facebook as it has to Amazon.

A significant part of this slower rate of growth could be attributed to the #StopHateForProfit campaign, which saw upwards of 1000 advertisers, including high profile names such as Patagonia, pause their Facebook ad spend during July.

It was reported that the platform’s top 100 advertisers spent $221.4 million in July this year, compared to $251.4 million in 2019, accounting for a 12% drop which has clearly played a role in Facebook’s slow growth.

Google, on the other hand, doesn’t seem to be faring quite so well. With travel ad spending forming a significant portion of Google’s paid search revenue – and with non-essential travel dropping to never before seen levels – experts are estimating that Google will experience a 7% drop in paid search revenue this year, and a total ad revenue decline (across the US) of 5.3%; the first drop since 2008. Prior to the pandemic, some sources were predicting a positive year for Google, estimating a 13% growth.

If Google’s paid search revenue does indeed drop as predicted, it would see the company’s paid search market share drop from 61.3% to 58.5%. While this may not seem too significant, the overall results could be devastating for Google, which would then hold less than one third of the total digital ad market in the United States.

Why is Amazon Winning Lockdown?

Google’s decline and Facebook’s slow growth are both indicative of the changes that have occurred as a result of the COVID-19 pandemic and lockdown regulations. Why, then, is Amazon’s demand side platform performance going from strength to strength?

Here are 4 reasons why Amazon is winning lockdown:

According to the IAB, not all areas of advertising have been negatively affected by the pandemic. One of the worst hit areas has unfortunately been Google’s speciality: search.

The IAB reports that search ad spend dropped by 3.7% during the height of the pandemic, accounting for a £143 million YoY decline in revenue. However, Amazon’s speciality – video advertising – grew during this same period, noting a 5.7% increase.

Why? Because more people have been spending time at home than ever before. They’re working from home, spending leisure time at home, and in the process, they’re absorbing more digital video content.

A YouGov survey reports that, prior to the outbreak, just 13% of UK employees were working from home full time, rising to 33% during the pandemic.

While advertisers are pulling spends from outdoor campaigns, they’re driving resources into video which allows them to connect with audiences in the ‘new normal’, triggering the start of what could be absolutely massive growth for video.

A recent report suggests that, during the pandemic, UK shoppers have been 4x more likely to browse and buy from an online marketplace – such as Amazon – than purchase directly from a brand’s website… a behaviour that is making direct search solutions like Google less attractive to advertisers.

Between March and August, 57% of UK shoppers made a purchase from an online marketplace, compared to just 13% who bought from a brand’s own website. While there are many possible reasons for this shift in buyer behaviour, it is likely that the financial uncertainty created by the pandemic has been encouraging more consumers to become savvy shoppers, comparing products.

Peter Bell of Adobe, who conducted this research says:

“The rapid increase in demand for online shopping in the first few weeks of the pandemic, together with the rapidly migrating business online and supply chain issues, made it an exceptionally challenging time for all retailers. Marketplaces were able to get ahead of other retailers and brands, thanks to their ability to scale quickly and establish a reputation for reliability that saw them become the first port-of-call for a wide range of goods”

Over the past few years, Amazon has been working hard to more closely align itself with day-to-day spending, rather than occasion spending, and this is something that Google hasn’t quite been able to keep up with.

For example, you wouldn’t use Google to search for toilet roll, but you might on Amazon. This is especially true since the launch of Amazon Pantry and, in the UK, the collaboration with supermarket Morrisons for everyday grocery deliveries.

Even though shoppers may not be looking to spend on luxuries at this time, they’re still spending out on everyday essentials and weekly food.

Amazon’s grocery arm is growing rapidly. In Q2, it saw a 43.4% increase in sales in the US, and a 33.5% increase on a global scale. Since the start of the outbreak, Amazon has increased its international headcount by 175,000, which has enabled it to expand its grocery delivery capacity by 160%. Quite simply, more people are using Amazon for everyday spends, making it an attractive platform for advertisers to promote products.

In uncertain times such as this, it is clear that advertisers need to do more with less. It’s also clear that programmatic ad platforms such as Amazon’s DSP that deliver highly targeted ads to the right people, at the right time, are the most effective way to achieve this.

No matter what, Amazon will always hold something major over Google and Facebook: the quality and quantity of its ever-expanding first-party data.

Amazon’s e-commerce platform – which is the largest in the United States – allows the DSP (and the advertisers who use it) to access authentic browsing and spending data from real Amazon shoppers, providing a truly unique insight into what today’s customers are looking for.

This data is massively valuable to advertisers, who can create targeted ads and campaigns that are rooted in real spending habits, real purchasing histories, and real browsing behaviours, rather than speculated concepts. Ultimately, it allows advertisers to achieve more with less, which is exactly what they need right now.

It certainly seems that way. Experts are predicting that Amazon’s share of the digital ad spend market will rise from 3% in 2019 to 8% in 2023, with ad revenues growing by a whopping 470% in the same period.

Although the report, titled ‘Future Digital Advertising: Artificial Intelligence & Advertising Fraud 2019-2023’ also predicts future growth for Google, it states that Google’s share could drop significantly to just 1% due to the epic rise of competitors such as Amazon… who might become the monopoly.

Right now, what this means for advertisers is that Amazon is the one to watch. While Google has traditionally been the king of paid search – and still is – this type of campaign doesn’t align particularly well with customer behaviours during the pandemic.

Advertisers need to adapt to continue attracting, engaging, and converting audiences during times of disruption, and it’s clear that Amazon’s DSP has the tools and functionality that’s needed to ride the waves and keep on swimming. 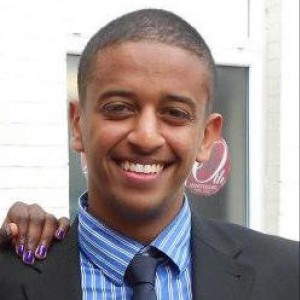